We are a leading provider of ready-mix concrete and aggregates (sand and gravel, and limestone) in Woodbury, Minnesota. We have been providing products and services for homes, commercial and public buildings, roads and bridges and more for more than 50 years. Our employees are experts in manufacturing concrete mixtures and in mining aggregates and have college degrees and advanced training in engineering, geology, safety, environmental management, and LEED certifications.

Concrete is perfect for driveways, patios, steps, fire pits, garage floors and more in Woodbury. You can choose traditional grey concrete or jazz things with the addition of color, texture and curves. Either way, choosing concrete for your home adds a touch of class you can take pride in! It is very difficult to tell the difference between decorative concrete and a mason laying stone or brick. Although they look similar, a mason laying stone or brick costs significantly more than concrete.

When you choose concrete for your driveway, patio, etc., you are making a wise investment! Did you know that concrete driveways last as long as 30 years and require minimal maintenance? Blacktop (asphalt), on the other hand, requires more maintenance and major repairs or replacement can be required within 10 years of installation! 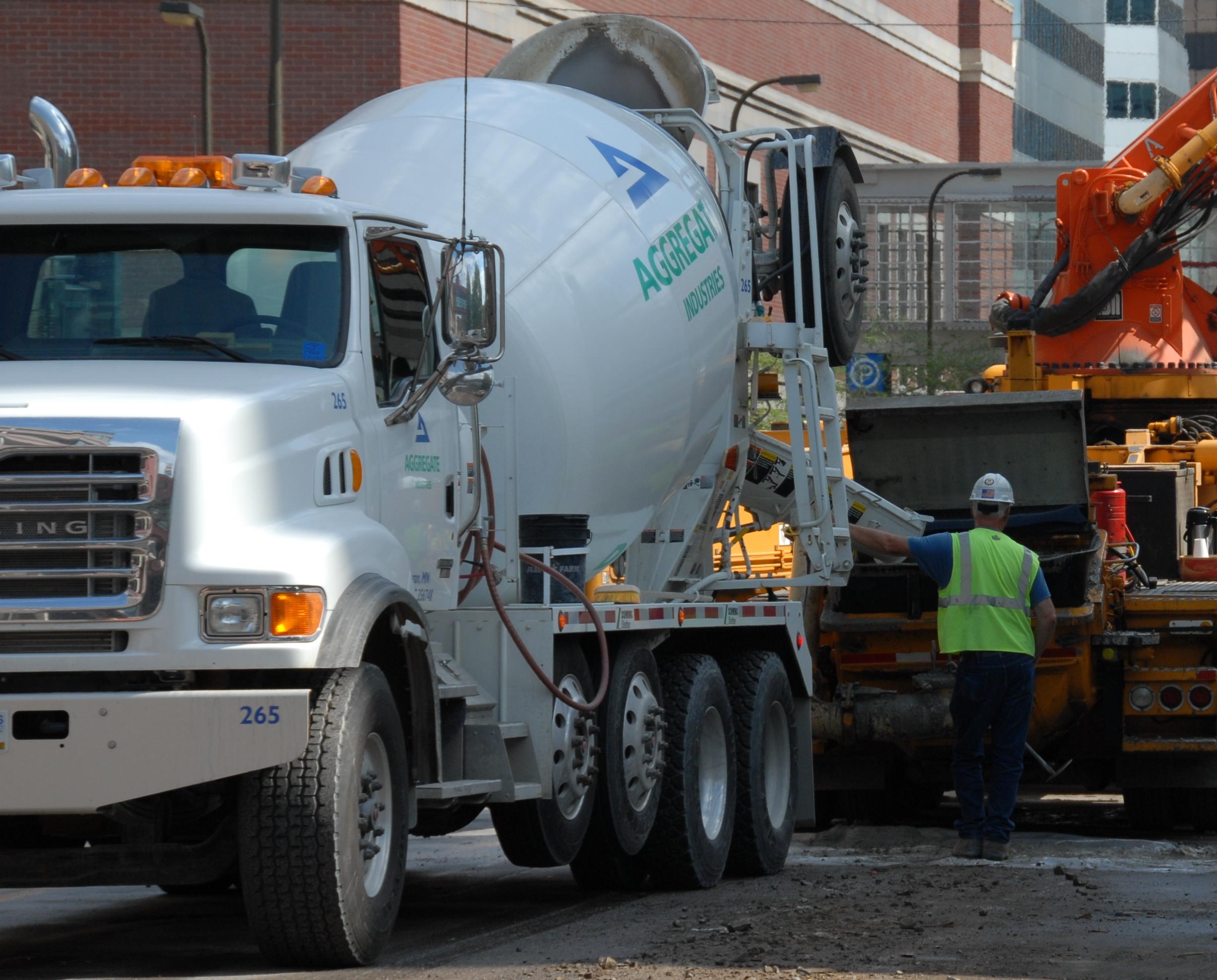 Our concrete products for contractors are consistent from plant to plant and our people are always willing to serve your needs. We offer our Emerald Series concrete in Woodbury that’s tough, durable and cost-effective. Most of all, it possesses excellent thermal-mass characteristics. Emerald Series can ensure that your project gains vital points needed for LEED certification by using concrete’s multitude of green properties – from low carbon to high percentages of recycled content.

Aggregate MN is proud to be serving the good people of Woodbury, Minnesota and we’re happy that you’re interested in this remarkable city. We thought you might like to know a bit more about this fascinating and vibrant community.

The first European settlers came to what is now known as Woodbury in 1844.  Most of the settlers are of German stock but some were also from Switzerland, Ireland and Sweden. Initially known as Red Rock after the supposed sacred stone that Chief Little Crow of the Dakota painted, the small settlement was renamed Woodbury in 1859 when the state legislature received information that there was another township in the state that was also called Red Rock Township. The name Woodbury was in honor of Judge Levi Woodbury of New Hampshire, a close friend of the first board chairman of the new settlement.  Judge Woodbury was also known as the 1st SC justice to attend law school.

During the early years of the township most of the area was rich in timber. A Herculean effort was needed to clear the land so that farming could begin. The main crop was wheat but they also grew potatoes, soybeans, corn and barley.  Development of farm technology in the 1950s brought more fertilization and better crop rotation. By 1955, the first housing development called the Woodbury Heights was established.  Urban development later on overshadowed agriculture resulting in loss of farmland, However, steps have been taken in order to preserve the wide open spaces and natural resources resulting in protection of several hundred acres of land.

Cost of Living in Minneapolis, Minnesota

The City of Woodbury is served by the South Washington County School District, the Stillwater Area Schools and the North St. Paul-Maplewood-Oakdale District.  The city is home to two parochial schools namely, New Life Academy and St. Ambrose. There are also charter schools like the Math and Science Academy and the Woodbury Leadership Academy.

Some of the churches in Woodbury include:

Businesses Based in Woodbury

The top employers in the city include:

Some of the top businesses that call Woodbury home are:

The Tavern Grill & Restaurant – a perfect place to eat and meet friends, The Tavern Grill offers a good selection of meals and drinks served in a fun and casual vibe. Do try the Farmer’s Market Pizza with added fresh basil. Appetizers come in generous portions. The cheeseburger, Caesar’s salad, spaghetti, quiche soup and calamari are absolute must try dishes.

Ronnally’s Pizza Restaurant – If you are craving for pizza, look no further. Ronnally’s offers delicious tasting pizza with lots of toppings.  Do try out the lasagna and mostaccioli. The extra sauce and meatballs with cheese bread is absolutely outstanding.

Angelina’s Kitchen Italian Restaurant and Wine Bar – Sit back. Relax. It is time to let your guard down and enjoy the best part of the day, the evenings. Evenings at Angelina’s Kitchen Italian Restaurant and Wine Bar are stuff of legend. The place has a lovely, warm atmosphere that hearkens back to the day of 1940s dives but with a modern twist.  Intimate yet casual you and a date will have an amazing and memorable time here. Try out the amazing Tortellini salmon and Sarah’s Favorite.  Order the spinach lasagna or the classic spaghetti and meatballs. They have an excellent assortment of wines to choose from. Do call for a reservation as the place is often packed.

Fun Things to Do in Woodbury

You can definitely experience the great outdoors whenever you are in Woodbury. There are forty-five parks to choose from that cover around 3,000 acres. Hiking and biking trails are paved and most are connected to the different parks. Check out an indoor park called Central Park, which is just across from the public library. The Bielenberg Sports Center is perfect to indulge in sports like softball, soccer, and sand volleyball.  There are also a couple of golf courses for the avid golfer; one privately owned called the Prestwick and Eagle Valley which is publicly owned.

Woodbury, Minnesota indeed is truly a great place to live.  If you’d like to talk to us about your concrete requirements in Woodbury give us a call.  We can’t wait to meet you.